Our next ward to visit was the Moerewa Ward.  It was the largest ward building and the smallest congregation.  There were maybe 20 people.  The room was freezing as it was the coldest morning of the year in the Northland area of the island.  I’m guessing tithing didn’t stretch far enough to turn on the heat.

They passed the sacrament and had an older couple speak and by the time they were done we still had 40 minutes left!  So the Bishop just started asking members of the ward to bear their testimonies.  Bob and I both mentioned when we left that they should have asked us to say something.  We were visitors and could have added some new thoughts to this very tired ward.  I was preparing in my head what I would say because surely he would ask us!  They had a piano and organ but no one could play them.   We did have prelude music which was the counselor’s IPhone sitting on the podium.  I felt so sorry for this tiny struggling ward.  I think they had a total of 2 children in primary and 4 youth. I’m not sure how you keep a congregation active with such a meager attendance and support system.

For our “rest hymn” we sang this Maori song to the tune of “Oh Lovely Deseret”.  We didn’t have the music in front of us so a sister in a few rows ahead came and shared it with us.  I totally rocked the words much to her and Bob’s amazement.  The whole time I thought…It’s  because I did this in the spanish ward every Sunday.  I didn’t know what I was singing but I could pronounce the words better than the Maori sister.  Just sayin…

Now time for our Sunday adventure.  We were off to the small city of Russell requiring a ferry to get us there.

This quaint little tourist town has its own history…

Russell was the port for all imports and exports and was suppose to be the capital of New Zealand but some politicians decided it would be Auckland and placed a large duty on all incoming goods.  It crippled the City.  It was known as the Hell Hole of the Pacific Islands in the early 1900’s because with the goods came the liquor and whore houses. Apparently it was a pretty rough place. 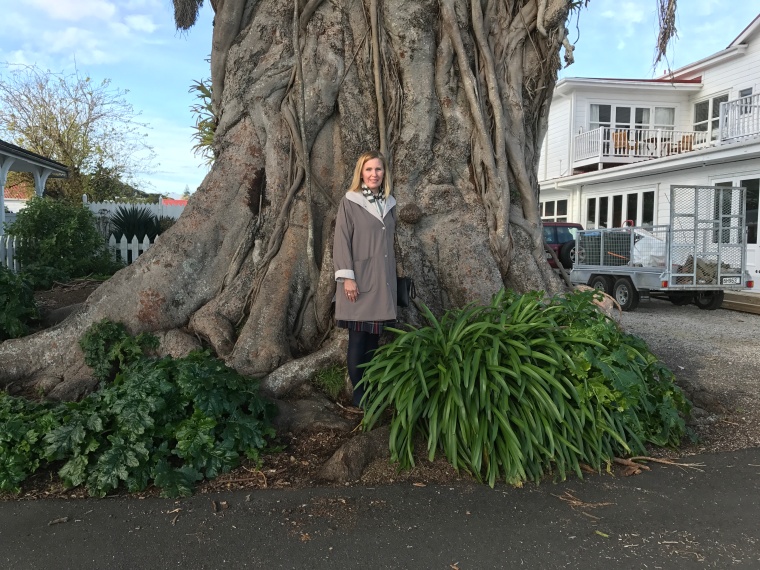 On our stroll we found this little piece of history and decided to take a tour.  The missionaries came to proselyte to the Maori’s and found them quite literate so they built a printing press and printed material to teach them.  What was fun was to find that some of our little phrases that don’t make very much sense were made clear through the process of printing.  Let me explain: 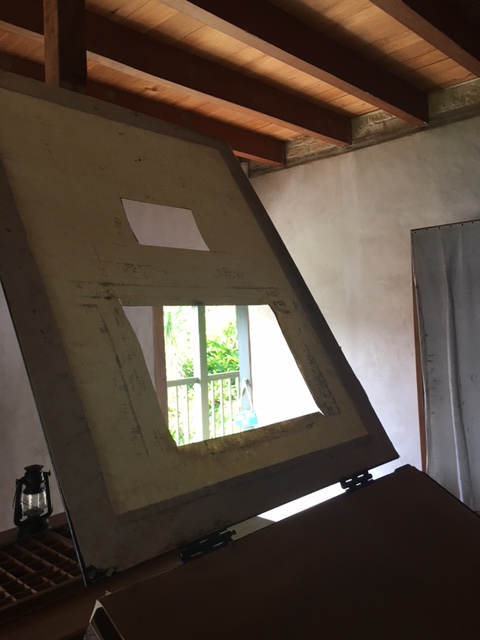 The phrase “cut to the chase” originated with the movable type for the printing presses. The letters were arranged in a wooden frame called the phrase. On the box were metal ‘coins’ that tightened the frame and held the type in place. When a phrase was completed the term “to coin a phrase” came about. The completed phrases were put together in a larger frame called the chase. Once the phrases were finished it was time to cut to the chase. Which means that the type was ready to be printed.

This is where they kept all the lettered keys.  They clipped the script in front of the case and then grabbed the appropriate letters.  The “lower case” of the table had the lower case letters…and of course the “upper case” held the upper case letters.

The wooden wedges were called coins and are what they used to tighten all the lettering in the “phrase”.  They were tapped at each end until everything was in tight.  This is what they called…”To coin a phrase”.

Below is the way they sewed and binding into the books.  The rounded binding you so often see in older books is to help strengthen the book so the back doesn’t break. 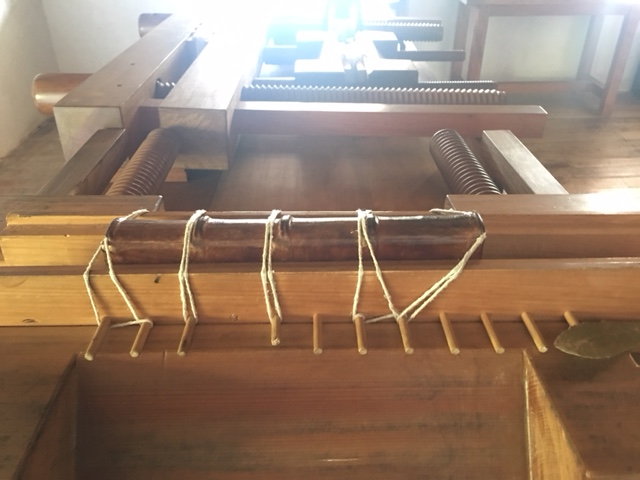 I wanted to try my hand at sewing the book pages together but the tour guide was a bit of a control freak.