God’s hands are in the details.

…even in the sawmill business. It was on our 2nd to the last day before we were to leave New Zealand.  We were traveling back to the south end of the island to visit with a relative we had found by the name of Irma Hughes.  We also had new information on the location of the Forsyth Sawmill and knew we would be passing it on our way to Irma’s home.  While passing through Balclutha Bob randomly turned into a hotel to use a phone book.  We were looking for the number of Bruce Wilson who knew the Forsyths and would know the location of the sawmill.  Jean Latte, the manager of  the Highway Lodge Motel pictured below, helped us find Bruce Wilson’s phone number.  We made the call right there and then but no answer, so she pulled out a map and showed us exactly where the sawmill was…”It is an old red building on the right side of the road in Glenomaru.” She is somewhere in her late 60’s and had lived in the area all her life and knew Bruce and the sawmill well.  We told her we were doing genealogy for our Forsyth line.  She smiled and asked if Bob was related to Winnie Forsyth?  Yes!  She said that upon occasion she would visit Winni’s store in Owaka as a little girl.  She will always remember how kind Winnie was and the small room filled to the brim with all kinds of trinkets and magazines and that the dark wood floors would creak as you walked on them.  She is also the family that ran the sawmill we had first pictured as we were driving to Owaka.  God’s hand!

This is a picture of the hotel we stopped at.  We literally parked in this very spot!

We send prayers to Jean who is currently undergoing chemotherapy for pancreatic cancer.  It’s amazing how quickly you connect to people, even on the other side of the world.

So we were off with our miracle information!  Jean was right, the sawmill was red. 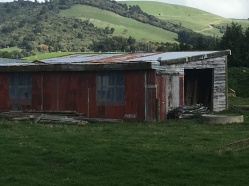 The sawmill was located on the Matuanui Farm.  In 1911 Alexander Forsyth owned this farm.  He was the son of John Sr. and his second wife Elsie .  After Mary Hunter, John Sr. first wife, passed away, he married Elsie Laughton, who was a widow and came to the marriage with six children.  She was only 34 when she married John Forsyth who was 67 at the time.  They had three children from their union.  The first child was Mary Ann, which would later be known as Aunt Annie.  She never married and worked for the Salvation Army and rented boats on the shores of False Island at Cannibal Bay.  Next was Alexander, who was a very accomplished and respect businessman and farmer.  He too never married. The last was Christina, which Colin Nairn claims is his mother.  We are still working to verify that.  Alexander eventually sold the farm to Bruce Wilson which is why Bruce knows the history of the sawmill, the farm and the family.  We now come full circle.

And what would a farm be without a…Yak? 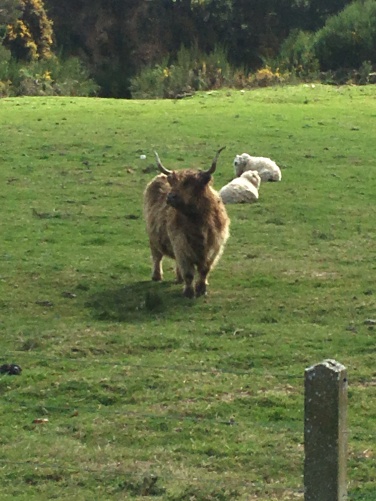 Bob stands next to the sign welcoming you to the Matuanui Farm.  The video does not show the sawmill but it is just to the right of the farm. 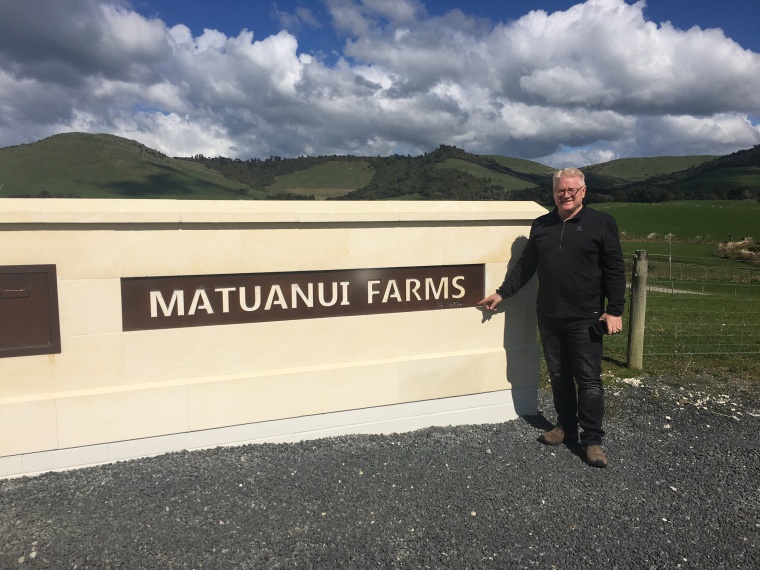 Now off to Owaka Museum where much of the Owaka Forsyth family history is archived.

The picture below is Winifred (Winnie) Forsyth born in 1900.  She was the first child of John Forsyth Jr (John Sr. last child) and wife Annie Anderson.  Next was William (Bill) Alexander, born in 1901, Annie Isabelle (she went by Isabelle) born in 1904, John Otto (went by Otto) 1906, Mary (Maisie) Hunter, born 1908.  Mary and Isabelle were the only two daughters to marry and have children.

Winnie was mentioned earlier by Jean, the hotel manager.  She was loved by everyone in the area.  She spent her whole life in Owaka.  She never married and made a living owning a store in the front of her home where she sold all kinds of treasures.  It was called the Emporium. The Owaka museum has dedicated a display case with items from her store after her passing.  She ran her store for 50 years. 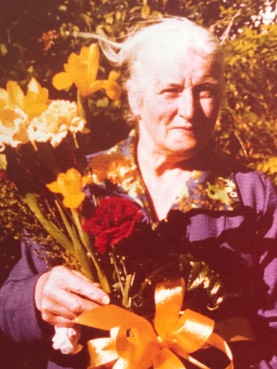 She also opened her home for boarders and often stored these magazines under the mattress’s which, they claim, made for a very lumpy sleeping. 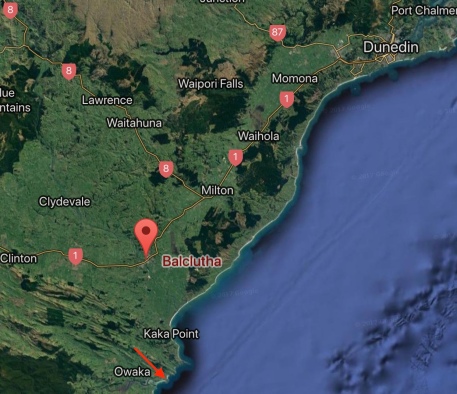 This is the home that John built for his family.  The picture is of Elsie, John Sr.s second wife and their daughter Annie.  Annie is the daughter that never married and worked for the Salvation Army.  She is also famous for renting out these four boats in the summer to locals and visitors alike. 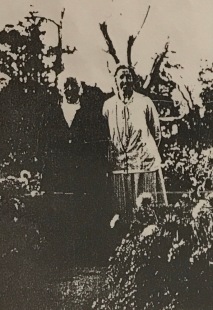 This ship is important to the family story.  It is called the Surat and hit land after a drunk captain lost his way and rammed it into the shore next to False Island on Cannibal Bay. John Sr. took the wood from the ship and built this home.

We found this replica in the Owaka museum. 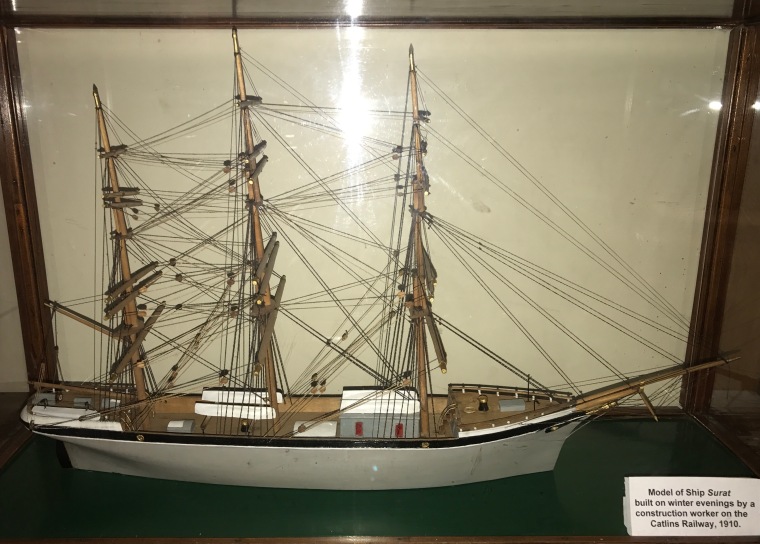 Next and last stop would be the Hughes home in Tapanui.  As we drove into their lane we entered what I thought was a lovely country subdivision.  It was so beautiful.  Thanks to google we promptly found their home and Irma was waiting for us by the door.

We went into the kitchen, where once again, was laid out volumes of papers and pictures.  This was most exciting as we knew before going to see her that she was a real, confirmed relative.  Irma is an aunt of Blair Walker, who runs the vineyard.  She even had a picture of his little family.  This picture was taken when we dropped in to meet Blair at his Fenton Road Vineyard. 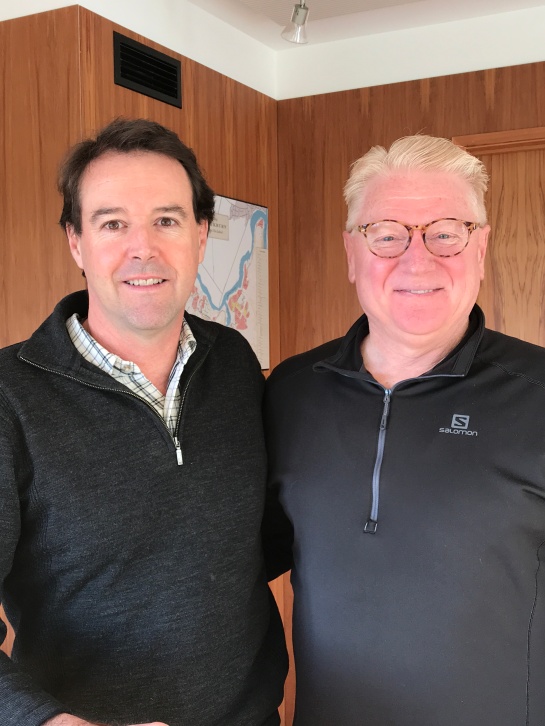 After Bob took photos of all the papers, John, Irma’s husband, wanted to take us on a tour of their 200 acre farm where they specialize in selling cut flowers of all varieties.  My favorites were the peonies, hydrangeas, tulips and daffodils.  He is not only a farmer but a rancher with a 100 head of cattle and 700 sheep.  When we got back, Irma had prepared a lovely dinner for us called “Tea”.  Not sure why because there was no tea involved.  While we finished up she prepared a big bowl of milk, grabbed some baby bottles and said it was my turn to feed the orphaned baby lambs…  I was delighted to oblige. 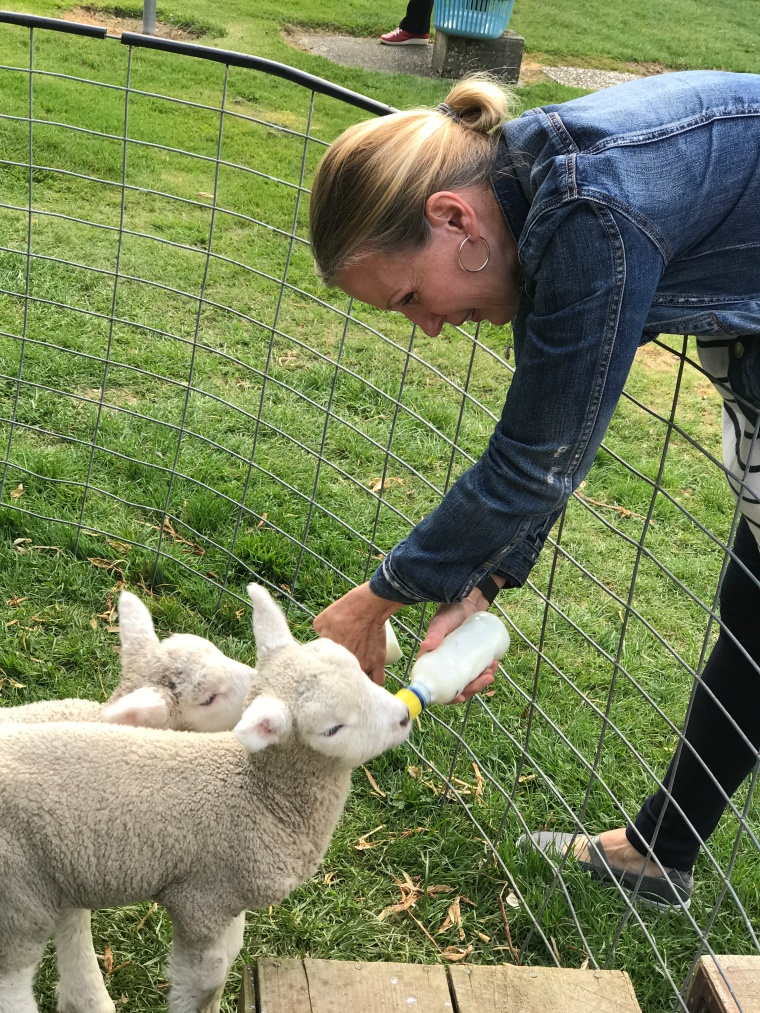 The evening was coming on fast and we had a long journey home.  I was a little sad to leave Irma and John.  They were wonderful to visit with and truly felt like family.  As we got in the car Irma wished us well and told us that she hoped to see us again.  I knew that was probably never going to happen.  What an amazing thing family is.  Here we are having just met this couple and they felt so much like family. 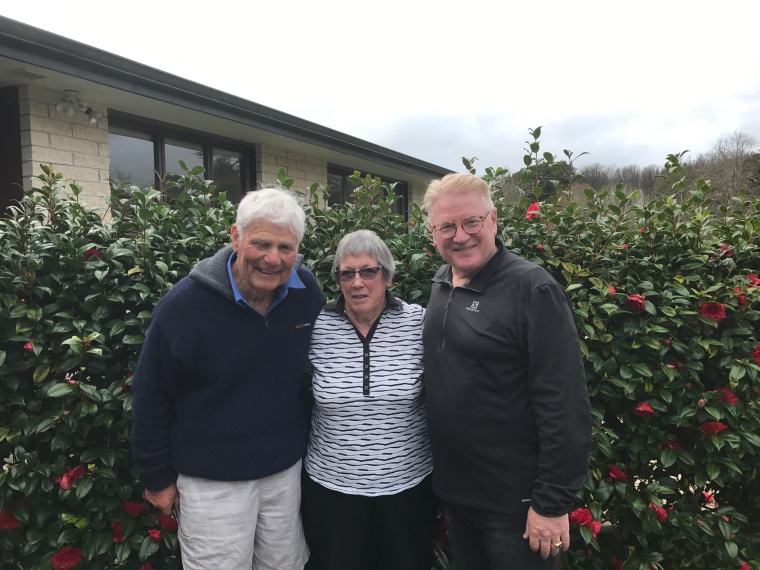 We made our way home late that night to get ourselves packed for our long journey home.  Of all our adventures I am most grateful for finding family…