We have now visited 6 different branches/wards in the Northland of New Zealand.  I imagine our experience is much like that of a visiting authority from the church.  They get a broader idea of how the members are doing around the world.  Beyond the spirit of the branch one must consider the geography and demographics to determine what is needed and why the struggles. For instance most the branches we attended were small and for the most part economically challenged.  Bob pointed out that they were also beach front towns.  We made that observation because today we attended our first inland ward and it was by far the largest we have attended.  It felt, almost, like home.  The chapel was large, the pews were almost filled, they had a youth musical number (As Sisters in Zion and Armies of Helaman) and the pianist actually played the hymns we sang from the hymn book.  I realized I could actually sing the alto harmony!  They were overwhelming Maori and without exception, they were strong articulate members of the church. It also appeared to be a more affluent congregation.  We surmised that it was density of population.

With that said, the smaller branches seemed to be more friendly.  I think they were grateful for new hands to shake. 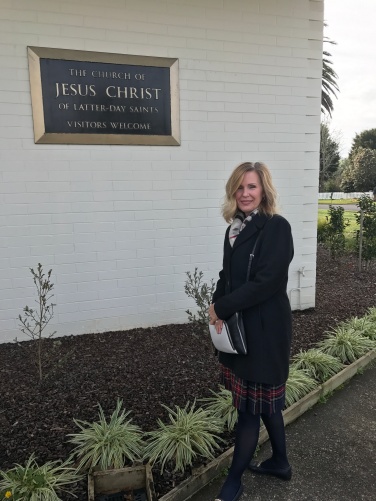 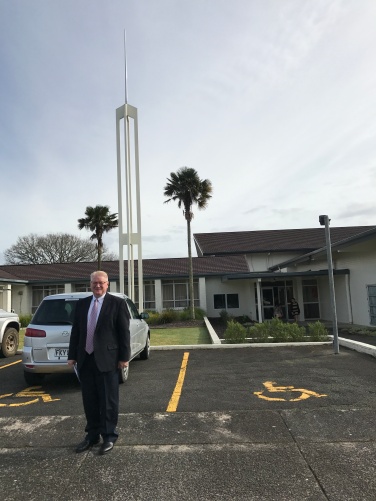 True to our Sabbath day activity we set off on our last place to see while in the Bay of the Islands.

This is Rainbow Falls and oddly enough it is almost in our backyard here in Kerikeri.  I personally thought it would be underwhelming.  As it turns out, the falls and the forest trail is the most majestic site we have seen so far.  The smell of the forest with its moist dirt and the moss hanging from the trees added to the delightful day. 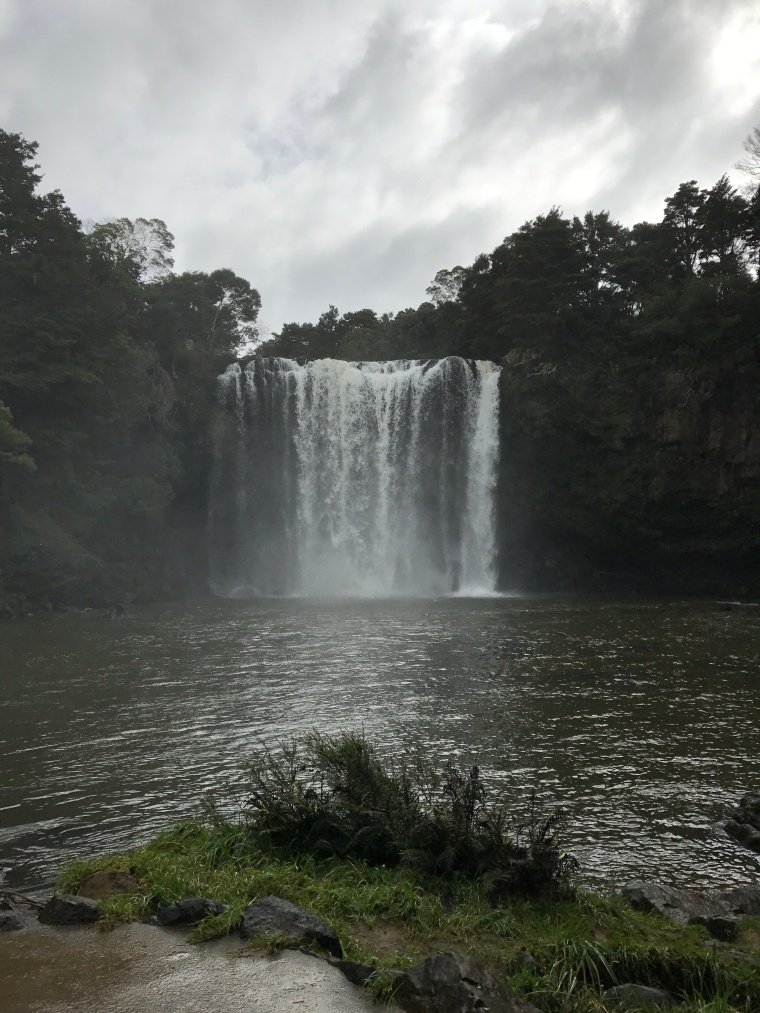 As I stood wondering how you could ride that waterfall down and survive…this is what Bob was thinking!

ENTS! You could see how in the “Lord of the Rings” movie they were able to find so many magical scenes to film in.  I personally imagined “Treebeard” waking up and carrying me around. That would be an awesome tourist attraction.  When you think about how trees NEVER move you realize why he moved so slowly!  Ents is an Anglo Saxon word meaning “Giants”.

And when we thought we had found all the great restaurants in Kerikeri we drive by a Thai restaurant just as we left the forest.  It was a risk to stop but we have revisited all the other restaurants enough that they were starting to say…”You again!”.  It was the best Thai food we have ever eaten.  I’m always a yellow curry fan and my dish did not disappoint.  Bob had the sweet and sour chicken. Food and presentation was amazing. 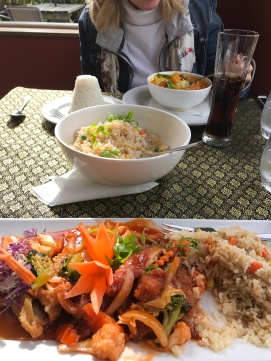 With only four more days of dining here, we are making a list of the final four restaurants we want to eat at: